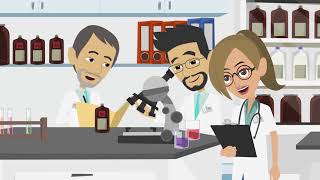 Dr. Kira Radinsky and Shahar Harel of the Technion-Israel Institute of Technology Computer Science Department have developed a smart system for the development of new drugs. Founded on artificial intelligence and deep learning, the system is expected to dramatically shorten and reduce the costs of drug development. Drug production is a costly and lengthy process. How costly and lengthy? Costs of half a billion to 2.5 billion dollars per drug, over 10-15 years are common numbe
13 צפיות0 תגובות

Researchers in the Technion-Israel Institute of Technology’s Faculty of Biotechnology and Food Engineering have cured fungal infections using a soil-dwelling bacteria. The findings of the research led by Assistant Professor Boaz Mizrahi and conducted by his student Maayan Lupton and Dr. Ayelet Orbach were published recently inAdvanced Functional Materials. Fungal infections are common among various animals, including humans. One of the primary sources of such infections is Ca
8 צפיות0 תגובות 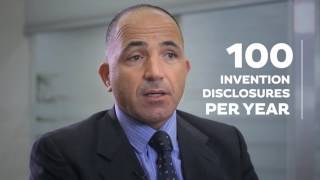 The Technion Ahead With Patents in the US

The Technion is Israel’s leading university for registering patents in the United States with 56 patents approved in 2017, according to data from the US Patent and Trademark Office. In the list of the world’s top 100 universities registering patents in the US, the Technion ranked 39th – a jump of 14 places in a year, after being ranked 53rd in 2016. In the ranking, the Technion is ahead of top global universities such as Yale, the University of Tokyo, Carnegie Mellon Universi
17 צפיות0 תגובות